You are here: Home / Archives for Cantabria 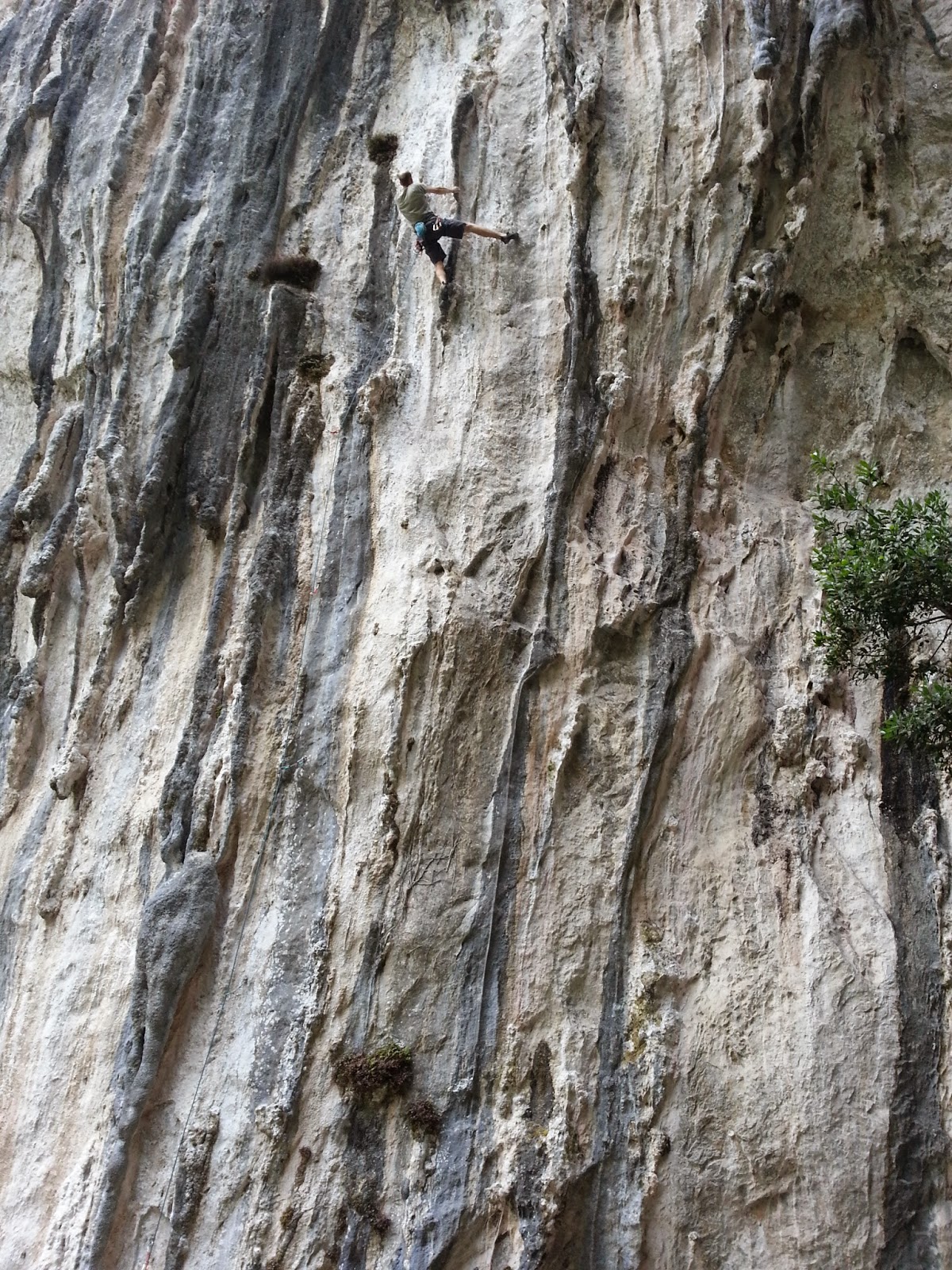 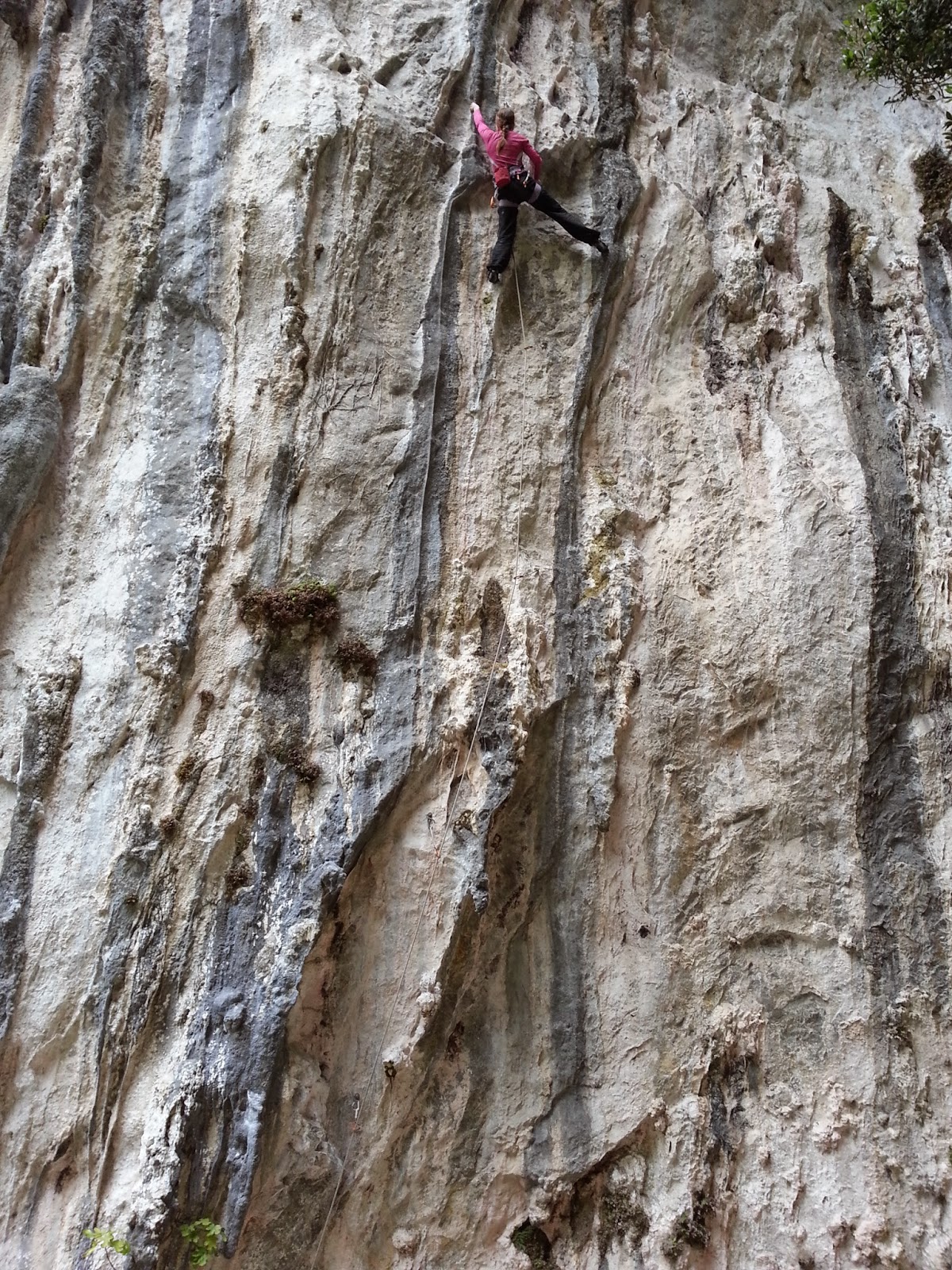 An amazing venue and the best ‘tufa’ climbing in Asturias. The walls and routes at Rumenes are simply phenomenal and amply demonstrate the potential in this valley. The upper crag for the most part is literally tufa-strewn and provides a series of long, stamina testpieces.

Rumenes is probably  the most popular area in the Desfiladero – especially now there’s a good guide – and it was interesting to see people there from across Europe. Chatting to an Austrian team they were very impressed with the area (and the guide)…!

Shade arrives at Rumenes about 2pm but we arrived late at around  5pm after a long day at chilling out and bathing at the enormous beach of San Vicente about 30 minutes away (good tip). Already at the crag were a bunch of friends of ours – all ex-pats, some living in France some in Spain. The stamina legend that is Mike Owen was working the incredible stamina pitch of Síndrome de Stendhal, a super long 7c+ while his wife Elaine patiently nursed a very sore finger and belayed.

As we chatted to the Brits a French couple arrived and we realised it was a couple we’d seen at Teverga a few days before. They were enjoying their visit to Asturias and set about sending a few classics: Rumenes power al vino, 7a+, and Invocando de Onan, 7a one of the most ‘tufariest’ routes at this very ‘tufary’ crag!!

As I watched and snapped away I realised how burned I had got at the beach and my keeness to climbed waned…however, watching Marek Cincio from Poland absolutely fight his way up the 38 metre pitch of El día del arquero, 7c,  got me inspired. A brilliant effort he nearly fell several times before topping out on one of the best pitches there…

Our day eventually started about 6.30 and I warmed up on my favourite, La Tufa, 6b a great little route. However, after a bright start things went rapidly downhill as Mary started to feel a bit ‘sunstrokey’ and my pink flesh was feeling the pinch squeezed into my harness. An abortive attempt on a couple of routes failed and we slunk off down to La Cuadrona bar (another top tip) to be refreshed and revived by Chucho!!

All’s well that ends well and we ended the night chatting away to friends we hadn’t seen for a while and vowing next time to use a bit more sunblock!!

Roca Verde is the first international guidebook, published in English and Spanish, to the amazing sports climbing in and around the Cordillera Cantábrica (inc. the Picos de Europa) in north west Spain. Roca Verde includes the best crags of the Spanish regions of Asturias, Cantabria and León.

Our intention is to highlight this fantastic area, which we believe has the potential to be a new ‘hotspot’ destination and a regular stopover for European climbers. The Roca Verde region is well served by international flights and ferries, has an excellent road network and, unlike much of Spain, has a climate that is amenable to climbing through the summer months.