Despite the fact winter in Asturias can be a bit harsh (although nowhere near as bad as the Peak district where I lived for years LOL) it’s sometimes the best time to have a crimpy project as the conditions get pretty good for pulling on small edges.

And Teverga, which has got its fair share of technical wall climbing, has quite a lot of stuff which stays dry throughout the year and at Muro Techo (literally translated as Wall/Roof) we have a venue that good some of the best perma-dry routes from 6b to 8b that are maybe best enjoyed in cooler autumnal/winter conditions. I really like the climbing here (not having the big muscles you need for super steep caves) and have spent many a day on the brilliant routes.

Here’s one I did last year, and one of my faves, Escorpion, 7c+, (which I suggested the name for as it definitely has a sting in it’s tail) which gives you an idea of the style of the climbing here.

Here’s another short video about the climbing in Asturias, and although it focuses on the bouldering as much as anything there’s some lovely shots of some of the sport climbing in Teverga too.

However, as it’s winter this video’s quite apt as it’s probably the best time to look at the bouldering which Asturias has to offer. There’s a bunch of spots across Asturias and a pretty dedicated crew – and many of the spots, especially El Cantu, Teverga (3.50) and La Collada, Quiros (4.05) dry quickly and are at their stickiest in the winter sun. The beach locations El Trankeru and Cabo Negro are more fickle but again, cool dry conditions can be found throughout the year depending on wind and tides. 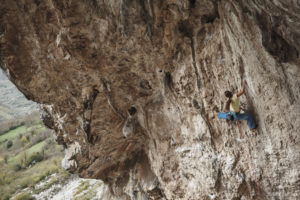 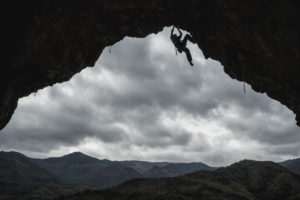 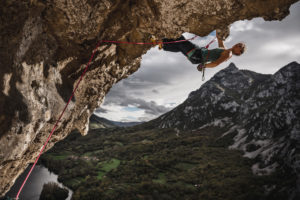 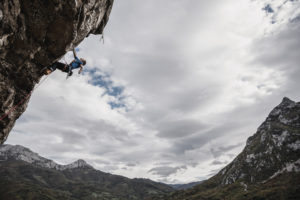