You are here: Home / Archives for Croquis

Mergullo is a small venue that overlooks the ‘Senda Verde’ just outside Oviedo, Asturias – this PDF gives you all the information about the routes, a full colour topo and how to get to the crag. 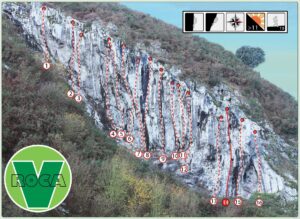