You are here: Home / Archives for Roca Verde Climbing 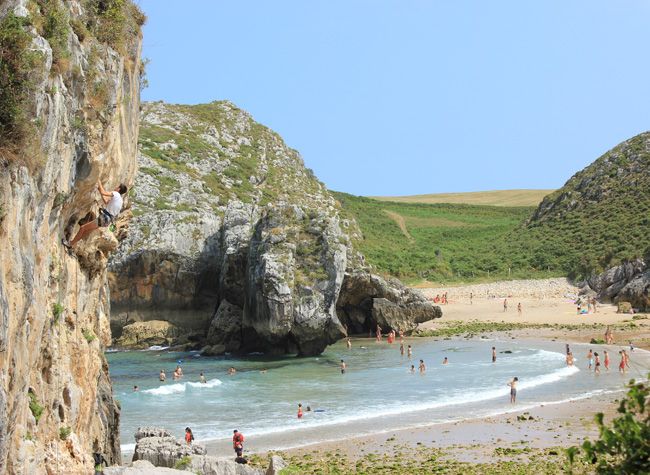 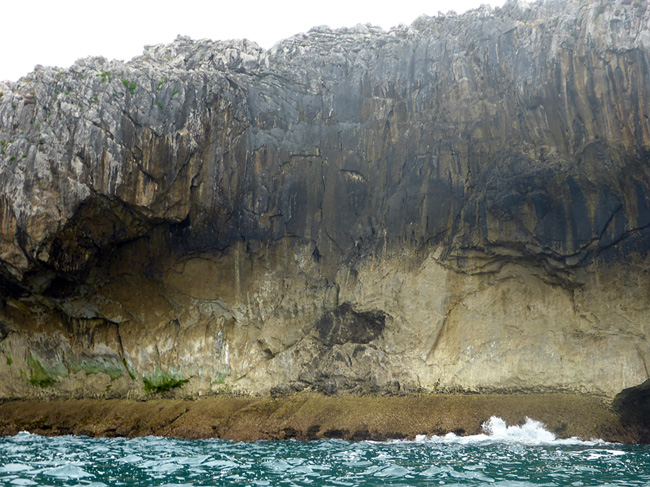 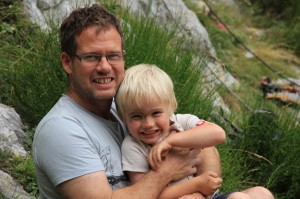 Once again the queen of Asturian climbing doesn’ t disappoint, from the fantastic location – we woke up in Aciera to the view below – to the great weather and as always great routes.

We have a had  a few months off climbing so we decided to hit Escalón (one of the most popular sectors at Quiros) with a great mix of slabs to warm up on and short testpieces to get the juices flowing. Mary started on one of the easy classics, ‘La Placa Fina’ V, a good call because as the sun rapidly rose and the temperatures as well it seemed that we may not get anything too difficult done…

However, luckily there was a bit of a breeze and instead of retiring to the pool at Proaza we carried on. I thought it was my turn, and was just getting psyched for Depiedradores 6c+ when Jack, our 4 yr son, decided to get into the act and after a go on the rope decided that a bit of soloing was for him.

Finally, I managed to get my turn and after a not too convincing warm up on the V sent the fingery and Depiedradores with only a  moderate amount of finger pain!!!
Undeterred Mary went up on a rope and as the breeze died off and the temperatures climbed quicker than we were I willed her to send it quick. She duly despatched it with only a couple of hiccups and I decided that as we were there I’d try and do Corner, 7a, again. By this time it was truly hot and both our son and faithful hound were sheltering beneath whatever shade they could find.

Still it was hard to moan as the day was so gorgeous and so pretty happy for first day back we descended to the Refugio below just as others arrived (refugio El Llano) and Jose fed and watered us!!


Error: API requests are being delayed. New posts will not be retrieved.

Error: API requests are being delayed for this account. New posts will not be retrieved.